Get fresh music recommendations delivered to your inbox every Friday.
We've updated our Terms of Use. You can review the changes here.

by The Irwell Street String Band 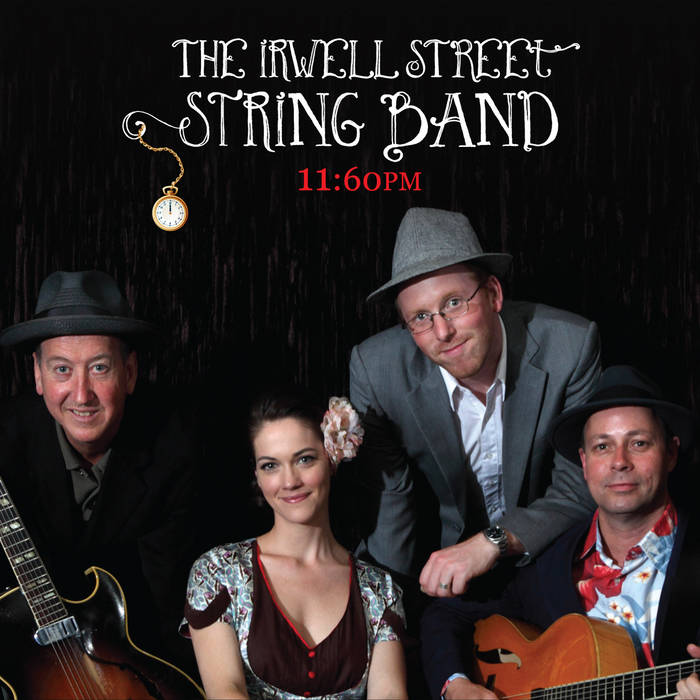 This is the second album, recorded in 2010 and released in 2011 from Melbourne string band, "The Irwell Street String Band"; as sparkling as a summer's day. Both of their albums were recorded all in one room by Barry Stockley in his underground studio in North Melbourne, Victoria, Australia. Barry used vintage analog equipment with minimal takes and edits.

You'll enjoy Sam Lemann stretching out on guitar, ukulele and mandolin and also Andy Baylor on both guitar and mandolin. And furthermore, from the eclectic song list of classics and curios, this release marks the very start of vocalist Hetty Kate's foray into more unusual selections from the 40s and 50s.. a habit she's continued to indulge to this day.

This album is no longer in print, but will remain available as a digital download to remember this endearing string band and the music they shared with fans around the world. They rarely perform together as an ensemble these days as each of them has moved either interstate or overseas. So aloha, and enjoy!

They hail from Melbourne, and were formed in 2008.

They released two albums and toured extensively at clubs and festivals around Australia. ... more

Bandcamp Daily  your guide to the world of Bandcamp